Share a memory
Obituary & Services
Tribute Wall
Read more about the life story of Deacon Allen and share your memory.

Deacon Allen Cornelius “Neal” Whitaker, 97, of Kansas City, MO passed away November 17,2022. Neal was born and raised in Kinloch, MO, the son of Rev. and Mrs. James Whitaker. On March 5, 1967, Neal was united in marriage to Alfreda Whitaker, who proceeded him in death on December 17, 2018.

Neal was one of 6 children. There were two sisters, Mary Oliver and Sadie Carson; and three brothers, Quinton, Andrew and William Whitaker - all of whom preceded Neal in death. Neal is survived by his daughter Mary Kay “Patsy” Whitaker of Kansas City, MO and three grandchildren.

Also surviving Neal is his niece, Sandra Thrower of Kansas City, MO, who attended to his affairs until his death. In addition, he is survived by a number of nieces, nephews, grand and great-grand nieces & nephews, and cousins.

Neal retired from Simmons Mattress Co, at the time stating that he had worked 42 years, 3 months, and 2 hours. He is well remembered by all as a fun-loving man, who was rarely found without a joke or quick comeback. Neal’s nieces and nephews will always remember being referred to as the termites by their uncle.

Neal was very devoted to God. Just like his father, he usually would quote scriptures to whomever would listen. Neal was very active in his church, Trinity Temple Church of God in Christ. He was under the leadership of the late Bishop Wellington B. Henderson for 60 years. For the past 12 years he has been under the leadership of Bishop Benjamin Stephens, III. He served faithfully as a deacon for 50 years until his health began to fail. He is the oldest member of the Deacon Board.

Funeral Service will be held Monday, November 28, 2022, 11:00am at Trinity Temple COGIC. Interment Forest Hill Cemetery. Visitation will be from 10am-11am at the church. Service conducted by Watkins Heritage Chapel. Condolences may be shared on our website. 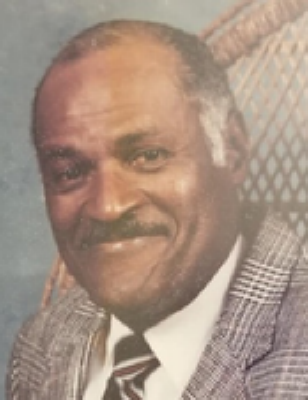